What’s The Definition of Laser cutter? What can TS3 do?

Are you looking forward to DIY laser cutter/engraver kit plans or coming up with an idea to buy an affordable laser engraver? Laser engravers aren’t new technology, but much like 3D printers, prices have crashed to the point where they’re now affordable for DIY enthusiasts. Here are some information for you to know as a laser engraver beginner in this field.

What Is A Laser Cutter? —— Definition

First of all, you need to know something about LASER. LASER is an abbreviation composed of the first letter of each word from “Light Amplification by Stimulated Emission of Radiation”, which means “optical amplification of stimulated radiation”. Laser has four main characteristics: high brightness, directivity, monochromaticity and coherence. 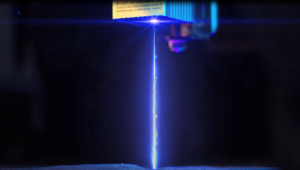 The brightness of solid-state laser can be as high as 1011W / cm2sr. Moreover, after the laser beam is focused by the lens, it can produce a high temperature of thousands or even tens of thousands of degrees near the focus, which makes it possible to process almost all materials.

The high directivity of laser enables it to effectively transmit a long distance and ensure high power density by focusing. These two points are vital conditions for laser processing.

Due to the high monochromaticity of laser, it ensures that the beam can be accurately focused and obtain high power density.

Coherence of laser mainly refers to the phase relationship of each part of light wave. 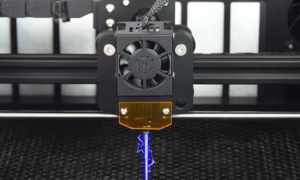 It is laser that has the singular characteristics described above, so it has been widely used in industrial processing.

Laser cutter/engraver is a type of laser machine with CNC (Computer Numerical Control) system that adopts Fiber/UV/CO2 laser beam to cut & engrave 2D/3D letters, numbers, texts, patterns, photos, pictures, signs or logos on the surface of the materials. It uses the characteristics of laser above to act on the object surface.

How Does A Laser Cutter Work? —— Working Principle

Laser Engraving (or Laser Etching) is a subtractive manufacturing method that uses a laser beam to change the surface of an object.

This process is mostly used to create images on the material. To do so, the laser creates high heat that will vaporize the matter, thus exposing cavities that will form the final image. It is using the laser for marking the surface of an item. 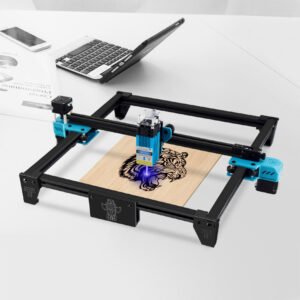 The different laser types use different components and generate a light beam at different wavelengths – these wavelengths are suited to different types of materials that they can engrave upon.

Diode lasers are rapidly becoming the most common consumer-level units on the market, for plenty of reasons:

– They are small and lightweight

– Power can be adjusted while operating to achieve grayscale effect.

– Friendly and convenient operation for most beginners.

That said, diode lasers do have limitations – primarily the maximum power output. Most diode lasers have a maximum continuous output of approximately 8 watts, but TS3 has 10 watts laser choice, which means that you can engrave faster and deeper. With 10 watts output, you can easily cut 8mm plywood at one time.

We typically recommend the diode laser units for the majority of our customers——they work great for wooden designs and meet most basic requirements for daily DIY, especially TS3, which can also be placed and operate at home because of its various guarantees and every user-friendly design. 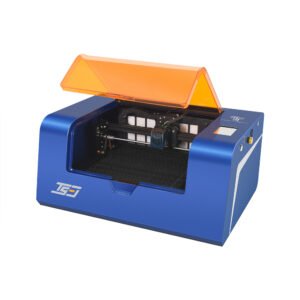 CO2 lasers have one major advantage – power output. Generally, it has either a 40W or 50W laser tube, which is considered to be enough power to cut through thin woods and acrylics.

The biggest problem with a CO2 laser is simply its size – since the laser tube is fragile, and the laser beam is invisible to the naked eye; the machine must be fully enclosed for safety. Therefore, most of this kind cannot be placed and operate at home due to the safety threat.

What Is A Laser Cutter / TS3 Used For? —— Applications

From cabinetry to model making to photo frames, the laser is used throughout the wood industry with stunning results. You can use TS3 to engrave and anything wood artwork to decorate your houses!

Achieve flame-polished edges by laser cutting extruded acrylic and create frosty white graphics when laser engraving cast acrylic. But first you need to stain with the acrylic board with an erasable layer of color.

Save time and expand your creative options when working with leather by using a laser machine for cutting and engraving.

Engraving custom graphics on your MP3 players, iPods, iPads, laptops, and cell phones is an incredibly profitable application and use for the laser engravers.

Etch designs in natural and synthetic fabrics with your own designs. Easily etch any image into cotton, twill, leather, and more. You can engrave or cut your clothes so that you will become a unique and shining scenery in other’s eyes.

In a word, if you are seeking for an affordable and easy to use laser engraver, TS3 may be your advisable choice. Its 5/10W laser output can meet most of your DIY engraving need. With its several safety design and device, you are free from most of the concerns of a household laser engraver. More importantly, it allows you operate the machine with Wi-Fi, TF card (screen) and App on your phones, which makes the whole DIY process more friendly and simple for most of the beginners. 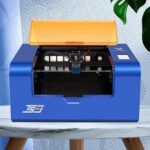 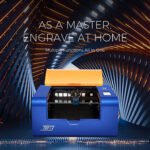 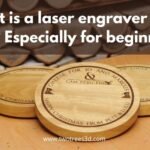 What is a laser engraver used for? Especially for beginners 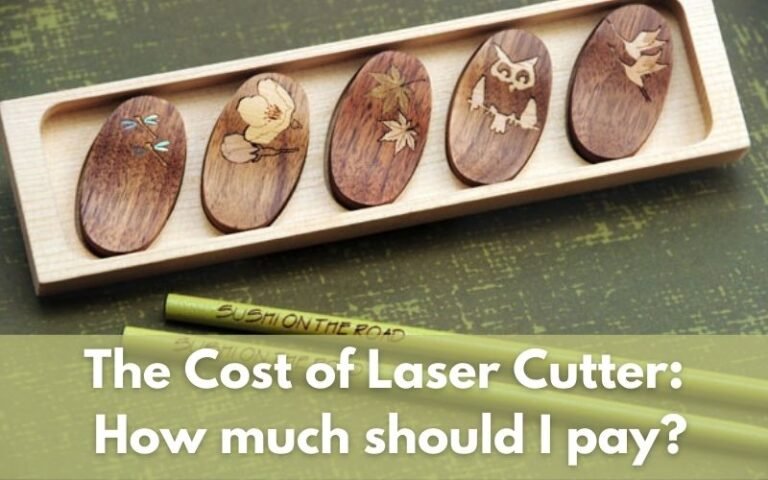 The Cost of Laser Cutter: How much should I pay?

Compared with most other cutting techniques, cutting and engraving projects with laser are more precise 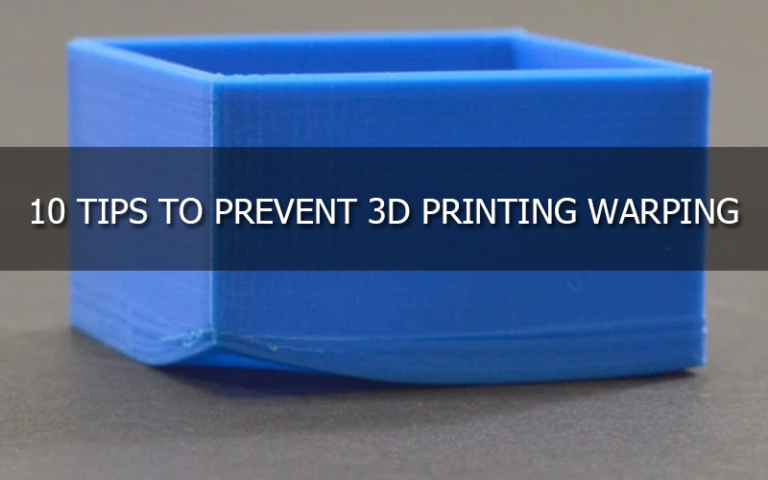 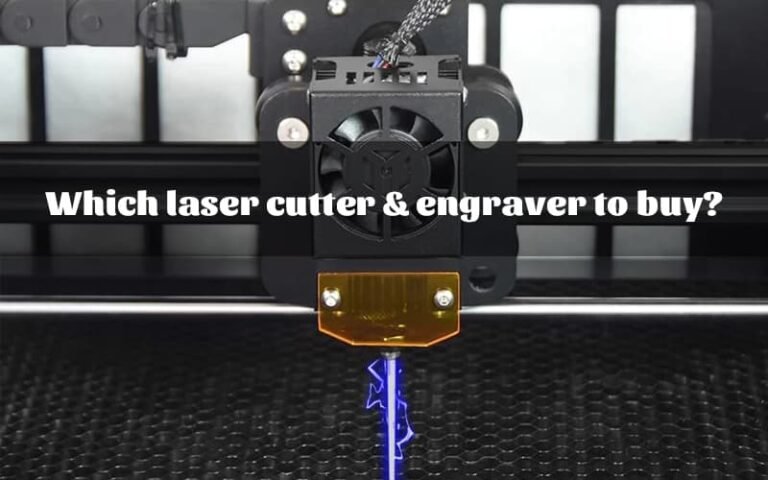 Which laser cutter & engraver to buy?

As laser cutting and engraving technology keeps developing, the technology has been widely used for 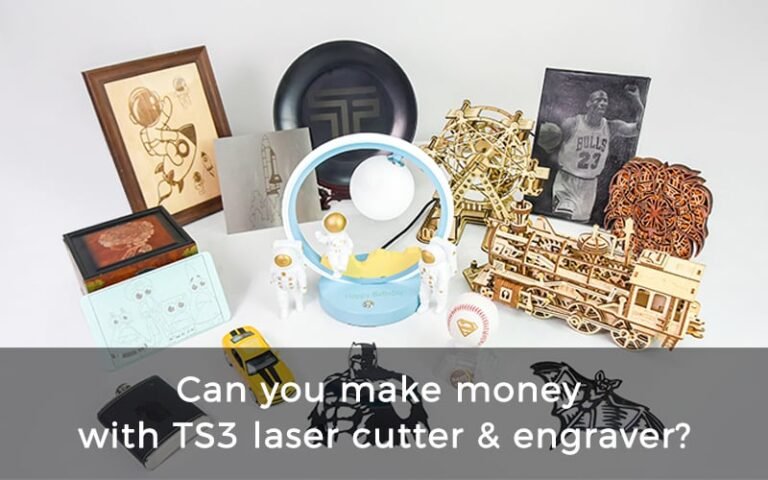 Can you make money with TS3 laser cutter & engraver?

Since the invention of the first working laser in 1960, laser cutting technology has evolved 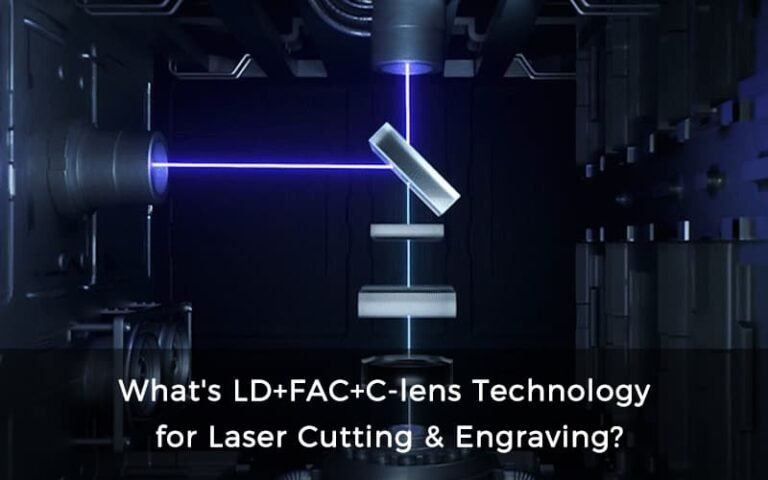 Be 1st to Get notified on new products